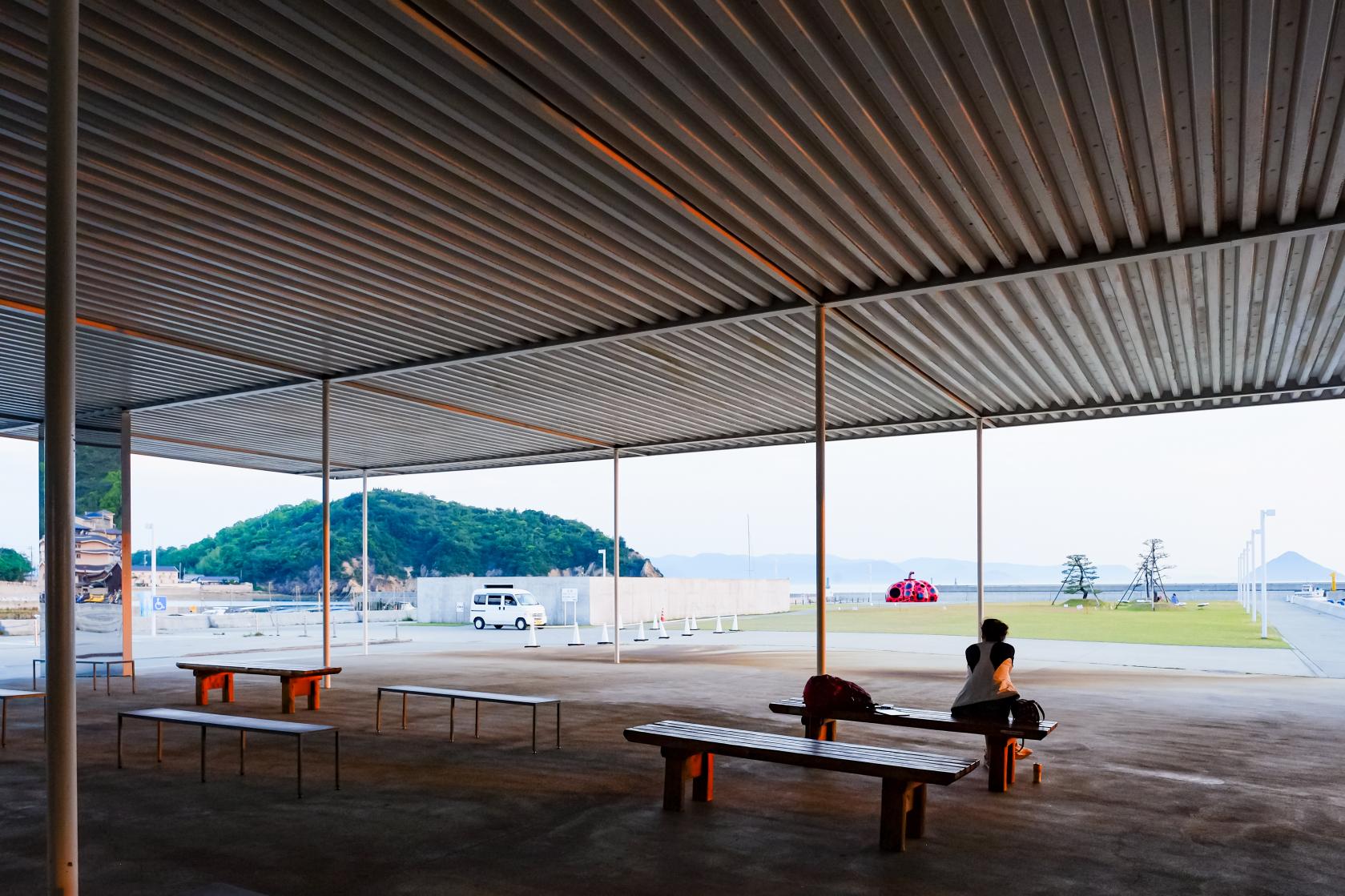 Islands of Art: World-class Contemporary Art on Naoshima, and Beyond

Art enthusiasts from around the world flock to the Inland Sea islands of Naoshima, Teshima, and Inujima, which have in recent years become known as the “art islands.” Over the past three decades, the Benesse Art Site Naoshima project has opened a wide variety of contemporary art museums on the islands, invited globally renowned artists from Yayoi Kusama to Christian Boltanski to create site-specific works on them, and through many other initiatives—including the international Setouchi Triennale art festival—furthered an art-driven revival of the islands’ communities.

Benesse Art Site Naoshima: How It All Began

Benesse Art Site Naoshima is the overall name for activities undertaken by the education and publishing company Benesse Holdings and the associated Fukutake Foundation to promote regional development through art, mainly on the three islands of Naoshima, Teshima, and Inujima in the Seto Inland Sea. The activities comprise art museums, including the Benesse House Museum and the Chichu Art Museum on Naoshima and the Inujima Seirensho Art Museum on Inujima, community art projects and facilities, and works of public art exhibited throughout the islands. Most of the art is displayed in the open air or in facilities designed with the Inland Sea landscape in mind, and is site-specific, meaning that it was created specifically to be viewed and experienced in a certain place.

The project was initiated in 1989, when a campsite called Naoshima International Camp was established in the southern part of Naoshima. The site, the development of which was supervised by architect Ando Tadao (b. 1941), included traditional Mongolian yurts (round tents) set up on the premises for visitors to overnight in and a sculpture by the Dutch artist Karel Appel (1921–2006). Naoshima International Camp provided a spark for the project, which had sought to achieve educational and cultural aims through the display of art in the natural surroundings of Naoshima, and inspired further art-themed community development on the island.

The next step was the opening of the Benesse House Museum, an art museum and hotel designed by Ando. Artworks gradually came to be displayed both inside and outside the museum, providing an impetus for adding art to the island landscape. Works were commissioned from artists including Hiroshi Sugimoto (b. 1948) and Yayoi Kusama (b. 1929). In 1998, the Art House Project was initiated in the Honmura district, where old houses were restored and artists invited to turn these structures into works of art that draw on the history of the community.

The idea of site-specific work was taken even further with the opening of the Chichu Art Museum, another Ando Tadao creation, in 2004. Built underground to achieve a symbiotic relationship with the surrounding nature and to avoid disturbing the panorama of the Seto Inland Sea, the museum exhibits works including the “Water Lilies” series by Claude Monet (1840–1926), which is here illuminated only by natural light. Another piece on permanent display is “Open Sky” by James Turrell (b. 1943), which lets visitors look up at the sky through a square ceiling window.

Benesse Art Site Naoshima has expanded to the nearby islands of Teshima and Inujima, and has since 2010 co-organized the Setouchi Triennale, an international art festival that takes place throughout the Inland Sea region every three years.

Naoshima: Art Is All Around

Naoshima is located some 13 kilometers north of the city of Takamatsu in Kagawa Prefecture and about 3 kilometers south of Tamano in Okayama Prefecture on the Honshu side. Sixteen kilometers in circumference, it is the central island in the 27-islet Naoshima archipelago and has a population of around 3,000, which traditionally subsisted on fish and seaweed farming and later on copper refining. These and other industries are clustered in the northern part of the island, whereas the southern side has in recent decades become famous for its wealth of art-related facilities. Operated by Benesse Art Site Naoshima, these include the Benesse House Museum, the Chichu Art Museum, and the Lee Ufan Museum.

In the Honmura district, where many traditional homes built in the Edo period (1603–1867) remain, old houses have been restored and artists invited to turn these structures into works of art that draw on the history of the community. These efforts have taken place under the auspices of the Art House Project, another Benesse Art Site Naoshima undertaking. There are seven such artworks in Honmura, created by contemporary artist Tatsuo Miyajima(b. 1957), photographer and architect Hiroshi Sugimoto (b. 1948), American artist James Turrell (b. 1943), and others. Open-air art is also plentiful on Naoshima, where visitors can admire works by, among others, Yayoi Kusama (b. 1929), whose bright yellow pumpkin sculpture sits alone at the end of an old pier. Even many of the island’s public facilities were designed by renowned artists or architects. The Marine Station Naoshima ferry terminal is the work of Pritzker Prize-winning architectural firm SANAA, founded by Kazuyo Seijima(b. 1956) and Ryue Nishizawa (b. 1966), and Naoshima’s communal bathhouse was created by contemporary artist Shinro Otake(b. 1955).

Teshima: Heartbeats in the Midst of Nature

The island of Teshima, 3.7 kilometers west of the much larger Shodoshima, has a population of only 800 and was long noted for its unspoiled natural environment and abundance of clean groundwater. Water from springs around Mt. Danyama in the middle of the island is still used to irrigate Teshima’s fields, where rice and fruit including lemons and strawberries are grown. In the 1970s, however, the western part of the island came to be used as an illegal dump site. As the waste problem worsened, the people of Teshima took measures to prevent dumping and to revive the local environment. These efforts, which continue into the present, have been successful in restoring the island’s ecosystem to its former health. Another positive development has been the establishment of several art-related facilities on the island since 2010. These include the Teshima Art Museum, a collaborative effort by artist Naito Rei (b. 1961) and architect Nishizawa Ryue (b. 1966), and Les Archives du Coeur (“The Heartbeat Archive”), a museum where visitors can listen to heartbeats from around the world recorded by the French artist Christian Boltanski (b. 1944). There are also several open-air artworks on Teshima, including “Particles in the Air / Karato” by Aoki Noe (b. 1958) and “Tom Na H-iu” by Mori Mariko (b. 1967).

Inujima: Toward a Greener Future

Located approximately 3 kilometers south of mainland Okayama Prefecture, Inujima is one of the smallest populated islands in the Seto Inland Sea. Four kilometers in circumference, it can be explored entirely on foot. The lone settlement on the island now has only about 40 residents, but was home to thousands of people between 1909 and 1919, when a copper refinery operated on Inujima. The former refinery buildings have been repaired and renovated, and since 2008 host the Inujima Seirensho Art Museum, whose motto is “using what exists to create what is to be.” This philosophy has been put into practice by incorporating the refinery’s original smokestacks as well as bricks made from waste slag, a byproduct of the process of refining copper, into the museum. The concept is also evident in the exhibit of works by Yanagi Yukinori (b. 1959) themed on the ideas of the author Mishima Yukio (1925–1970), a vocal critic of Japan’s rapid modernization. The museum itself, designed by the architect Sambuichi Hiroshi (b. 1968), is powered entirely by solar, geothermal, and other forms of renewable energy. Inujima is making a name for itself as an art destination, and the recent inflow of visitors from around the world has brought new life to the island.

Setouchi Triennale: A Celebration of Art and Community

The Setouchi Triennale is an international art festival that, as its name suggests, takes place every three years. Established in 2010, the event is held across the Seto Inland Sea region, with the island of Naoshima and the ports of Takamatsu (in Kagawa Prefecture) and Uno (Okayama Prefecture) among the major venues. The program includes exhibitions, performances, and many other events, and the line-up of participants always features a number of internationally renowned artists.

Plans for the Triennale began taking form in 2006, when the Kagawa prefectural government joined forces with the Benesse Art Site Naoshima project to promote the Inland Sea region’s art, crafts, and architecture to an international audience. Five years later, the inaugural festival was held on islands that were once prosperous trading outposts but had in modern times been hit hard by depopulation and a lack of economic opportunities. The effort to revive these communities through art also included shining a light on the many historical and cultural sites on the islands, which had rarely benefited from tourism in the past.

The Triennale’s focus on place and the aim of having the festival work for the benefit of local communities inspired an emphasis on site-specific art, meaning art created specifically to be viewed in a certain place. Many of the artworks exhibited during the festival are produced together with the residents of the host locations, and some of the participating artists return to the Inland Sea region regularly to work and interact with the local people. For many residents, their town, village, or island’s association with the international art community has become a source of pride. The festival has also brought tangible benefits to the region, including facilities such as public restrooms a bathhouse, a Shinto shrine, and ferry terminals that are artworks in themselves.